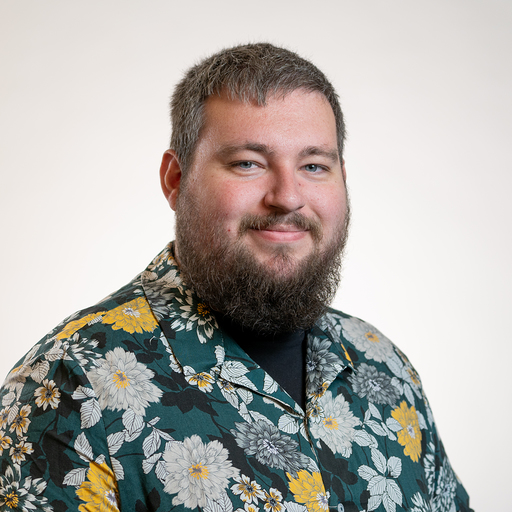 I'm a year old nerdy, fresh, young, and social guy. I live in a small town outside Karup, together with my year old fiancé Annesofie. Web development has always had my interest, which is why I have built up a lot of competencies over the years. I also have a lot of interest in computers and hardware. At home I have gaming PCs and servers.

Born and raised in Holstebro, but moved to Solbjerg after starting on my Computer Science degree in Business Academy Aarhus. I started on a bachelor in web development, but was offered a good job as a software developer in Skanderborg. I moved back to Holstebro, where I had 1.5 hours of travel each way by car. However, I wanted to get closer to work, so I moved to Kølvrå a year later, where I still live today.

I speak and write fluent Danish and English.

I was contacted by team.blue (formerly Zitcom A/S) near the end of 2017, because they wanted to offer me a job as a software developer, after they found my LinkedIn profile. I was employed at team.blue since February 2018 through 1st of September 2020, where I worked on internal systems and their control panels for clients, under the company's brands DanDomain, Wannafind, Curanet A/S, and A/S ScanNet. I mainly programmed in .NET, .NET Core, and Angular, but also a bit of NodeJS.

I was a part of the staff association at team.blue, while also helping plan tech events, parties, and LAN parties. I also helped a lot with their streaming setup, for their podcasts and events.

I was a part time employee at Iterator It as a software developer from 1st of November 2016 through 1st of January 2018, after my 6 month internship. While I was employed, I studied for a bachelor in web development. Most of my work involved me receiving a design, speaking to the customer about their needs, code their website, both frontend and backend, to then end up with a finished product. I worked a lot with Angular, .NET, and Umbraco.

I was a part time employee at Petjes World from 1st of June 2015 through 1st of July 2017. My work involved updating their website, managing infrastructure, and keeping their IT running. Since Petjes World was a small company, I did not work a lot of hours. Their website was coded in Joomla.

I was offered part time employment at MCB A/S, after attending my internship during primary school. I was employed from 21st of October 2009 through 1st of August 2010. My work involved SEO, creating and managing content on websites and webshops, setting up Wordpress blogs, optimizing texts and titles on webshops, and helping with practical stuff around the office.

Their Danish statement can be read here: https://xn--mortenmller-mgb.dk/udtalelse-MCB.pdf

I have created a website that shows my competencies and my portfolio. The website can be found here: https://xn--mortenmller-mgb.dk/